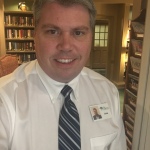 When learning how to prioritize the real trick is not to manage time, but to manage yourself.

Take a leaf out of Dr. Stephen Covey’s book, The Seven Habits of Highly Effective People. Habit three is about prioritizing and putting first things first.

This time matrix can help at work and at home:

To put it simply:

Let’s talk about some of the pitfalls that happen when you spend too much time in Q2. In the Dining Room, Managers of all ages and experience levels make the common mistake of spending their shift putting out fires.

Let’s role-play: ‘Behind the Kitchen Door’

The atmosphere in the kitchen is hot and charged with noise and commotion and energy. Tonight everyone ordered Prime Rib and the expo is getting crushed.

Plates are stacking up and orders are dragging in the window. As Manager its your job to get these plates into the dining room as quickly as possible.

What do you do?

Your decision to grab a tray is commendable and often draws admiration from the team, but the thinking is fundamentally flawed because the task is more than a one person job.

Instead of assuming the role of an hourly employee, the Manager should rally the team to work together. The result: the window will be cleared more efficiently and the guests will enjoy their dinner without ever knowing that there was a problem on the line.

A step often missed occurs after the Manager finishes touching any affected tables in the dining room. The next step should be to ‘Circle Back’ and find out what went wrong.

* Successful managers will discipline themselves to investigate to the root cause of problems, then implement management systems to make sure the same mistake doesn’t happen again.

In this case the opening server who was supposed to prep the side station with horseradish cream sauce was late for work and opening side work wasn’t done to completion, so when the line crashed a cook had come off the line to prep and portion sauces on the fly.

When the blame game begins it will be easy to blame the employee for not finishing their sidework, but in reality it’s the Managers fault.

The Manager knew the employee was running late, but they never delegated or followed up to ensure all daily tasks were done. If a Manager Walkthru of the entire restaurant prior to service was completed the incomplete sidework would have been found.

In my experience, I have found the walk thru to be an essential step in establishing leadership by helping set your team up for success.

* Takeaway: When confronted with your next crisis think big picture first, then manage down to the smallest detail. Your guests and Your team will thank you for it.

When the kids were young we made it our tradition to take a yearly vacation to Walt Disney World.

For two years in a row we had stayed inside the resort at Port Orleans and were afforded the royal treatment. About a month before leaving on our now third annual family vacation, that a friend-of-a-friend offered us his condo in Orlando.

“It’s a great place, located about 10 minutes outside the gate,” he said. “It’ll save you a bunch of money that you can spend on the kids.”

And so for about a month I was a hero. My CPA wife was excited about all the money we would be saving. I was simply exhausted after a long season and was looking forward to margarita’s by the pool.

The five hour drive from our home in Bluffton, SC was spent singing songs and eating snacks and playing the license plate game.

A busy tourist season had just a month earlier smashed headlong into the 2008 Banking Crisis and the start of the Recession. That, on top of the stress from her most recent Quarter Close had been weighing heavily on Karla.

We arrived at the condo in Orlando ready to relax.

I was still holding an armload of suitcases when chaos ensued.

“There is a bug in the sink,” squeeled Amanda. “This bed looks slept in,” said Karla. “I’m not moving,” said Sarah.

A quick look around and the bathroom was filthy, there were cobwebs on the windowsill and the sheets looked slept in. I’m not going to lie, we were completely grossed out. Amanda wouldn’t sit on the toilet. Sarah started crying.

“Grab your bags, we’re outta here,” I said. Karla looked at me sideways, knowing I was winging it and didn’t have a plan.

But I did, my plan was simple: We would throw ourselves at the mercy of the staff at Walt Disney World and trust that they would take care of us.

Karla was not impressed. She thought it would be too expensive to stay inside the resort and I didn’t think we could afford not to. I arrived at the front gate and met John from Arkansas.

“Well, actually…” And so it was that I gushed our story of a family vacation gone wrong and shared our plight. I held my breathe for a minute waiting to learn how our fate would unfold.

But John from Arkansas was as sincere as could be. He asked for my name and reached forward and shook my hand. “Ya’ll just drive up ahead about a mile to Registration, my friends will be waiting to take good care of you.”

I gave a silent fist pump,”I knew I could count on Disney,” I said.

The Assistant Reservation Manager spotted me with eye contact from across a crowded room and met us 10 feet from the door. Extending her hand and smiling warmly Emily from Texas said, “We’re so excited to have you back at Walt Disney World. Please follow me and we’ll take great care of you.”

That bottomless pit feeling of ruining your family vacation by trying to save you a few bucks was quickly fading into distant memory. And then Emily from Texas turned our experience from Good to Great and transformed me into a Raving Fan.

“I’m pulling up your reservation history on the computer and I see that you enjoyed your last stay at Port Orleans Riverside, is that correct?”

“Yes, that’s true,” Karla said. “We tried the French Quarter our first year, but I think Riverside has more activities for the kids.”

“It’s settled then,” Emily from Texas said. “I’m upgrading you to a suite in the same location for the same price that you paid last year.”

Neither Karla or I could believe it.

I’d thought we were going to be begging for a room. Karla thought that they would see we were desperate and charge us through the roof. Instead we were getting upgraded for the same price as we paid last year? Seriously?

That my friends, is Raving Fan Hospitality!

I have learned first hand about that warm, peaceful feeling when a complete stranger goes above and beyond to ensure that my average guest experience is elevated into Return of Guest Service.